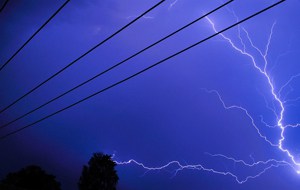 When there is an electrical storm, take precautions against lightning, even if the thunderstorm is not directly overhead.

To stay safe, suspend the activities mentioned above for 30 minutes after the last observed lightning or thunder.